The Columbia Gorge Regional Airport, also referred to as The Dalles Municipal Airport, is jointly owned by the city of The Dalles and Klickitat County.

The grade adjustment on the south end was approximately 2.5 feet at the highest point. Significant erosion existed off the runway end due to jet operations. Blast pads were constructed to correct and prevent additional erosion. Additional tasks included providing justification for maintaining the existing 100-foot runway width versus narrowing the runway to 75 feet wide.

Phase 1 construction consisted of rehabilitating (asphalt overlay) the northern 2,650 feet of Runway 13-31 and reconstructing the central 975 feet. In addition, approximately 650 feet of the future parallel taxiway at the north end of the runway had preliminary construction completed (taxiway pavement section excavated and subbase and base rock material placed, compacted and graded).

Phase 2 consisted of rehabilitation of pavement and correction of non-standard line-of-sight conditions on the south end of Runway 13-31 and included raising and reconstructing the southern end of the runway, installing the south-end blast pad, and providing a connection to Taxiway A.

As with many of our clients, our services extended beyond design and construction projects. In this case, we were called upon to create the graphics for their Business Park Promotional Brochure. 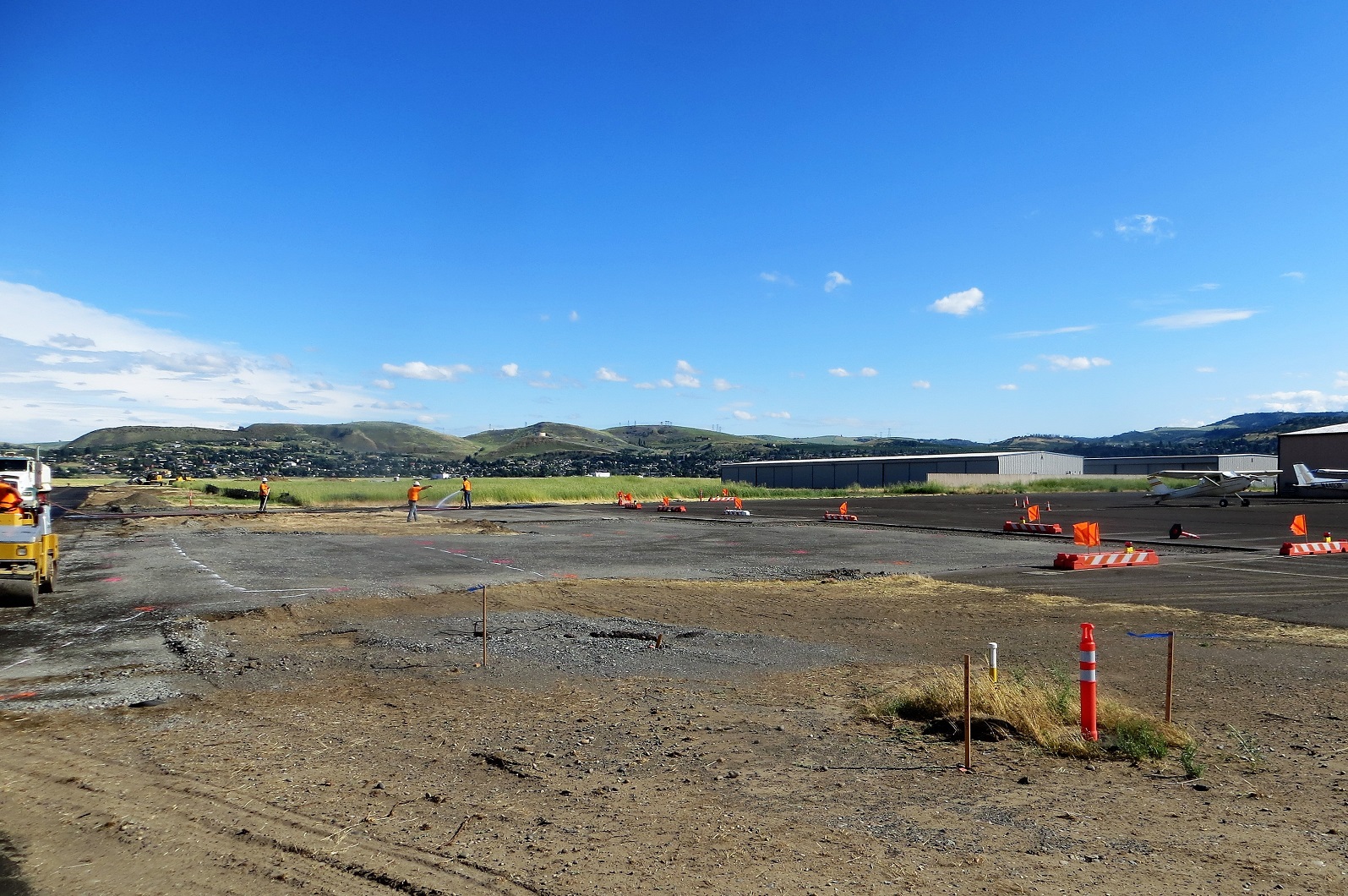