The Prineville-Crook County Airport is located in central Oregon and with over 100 based aircraft and greater than 10,000 aircraft operations a year, Prineville Airport is a robust general aviation airport. Their underground fuel storage tank system was at the end of its useful life and had the potential for higher maintenance costs and greater environmental risks.

Once the new above-ground fueling system was completed, this project also included the removal of the existing underground fuel tanks in conformance with the Oregon Department of Environmental Quality Standards. This encompassed the required permitting, soil testing for contamination during the removal operation, and backfill of the area previously occupied by the UST’s. 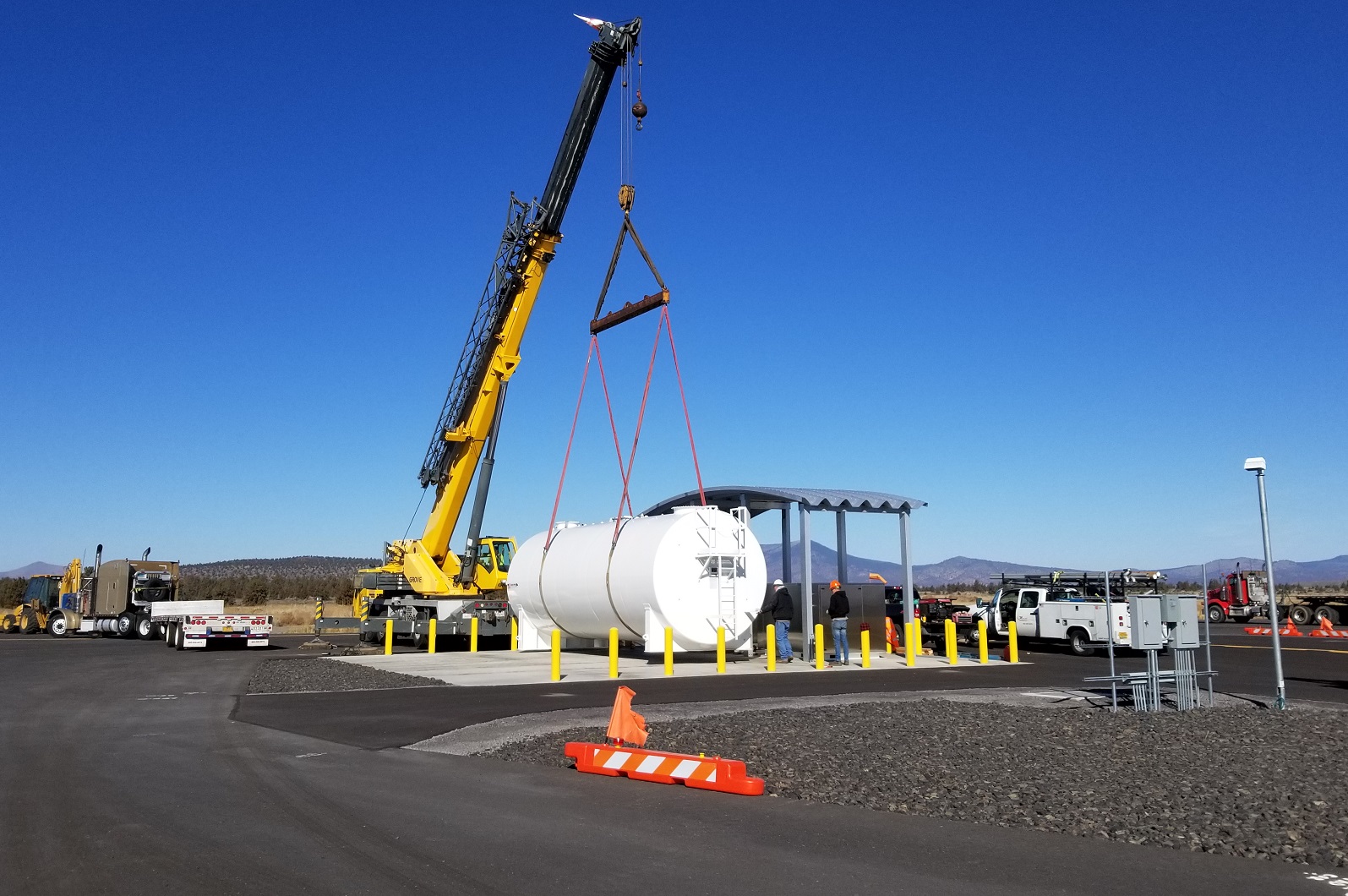